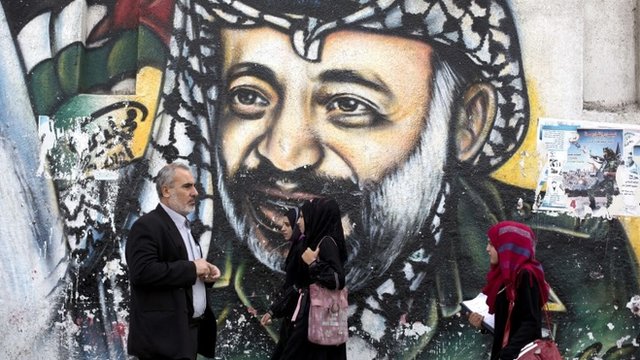 The BBC’s Yolande Knell: “People here in Ramallah have shown no surprise at these new findings”

Swiss scientists have confirmed that tests show the late Palestinian leader Yasser Arafat had high levels of radioactive polonium in his body.

However, they could not say whether polonium poisoning had caused his death in 2004.

Arafat’s widow, Suha, has reaffirmed to the BBC her belief that their report proves he was assassinated.