A few days ago a neighbour and friend of mine called and asked me if I knew anything about puppies. As he normally calls to ask me sort out his laptop (and he wasn’t asking about Puppy Linux!) I was a bit surprised. However there are two dog breeders in my family (now mainly retired) so I happily offered to help out.

To cut a long story short the pup had lost his mum at three weeks old and was being nurse-fed puppy substitute milk. A few days ago at 4 weeks old the vet advised to try offering him some solid puppy food in addition to the milk. Over the last 48 hours or so he has transformed from a poorly little thing that could barely stand into a running, bouncing, yelping, tail-wagging, chewing machine as his first teeth sprout.

Examined by the vet again yesterday they were delighted by his progress and all going well they won’t see him again for another two weeks when it is vaccination time.

Here he is sizing up a little toy giraffe. A few seconds later he pounced and was on top of the giraffe 🙂 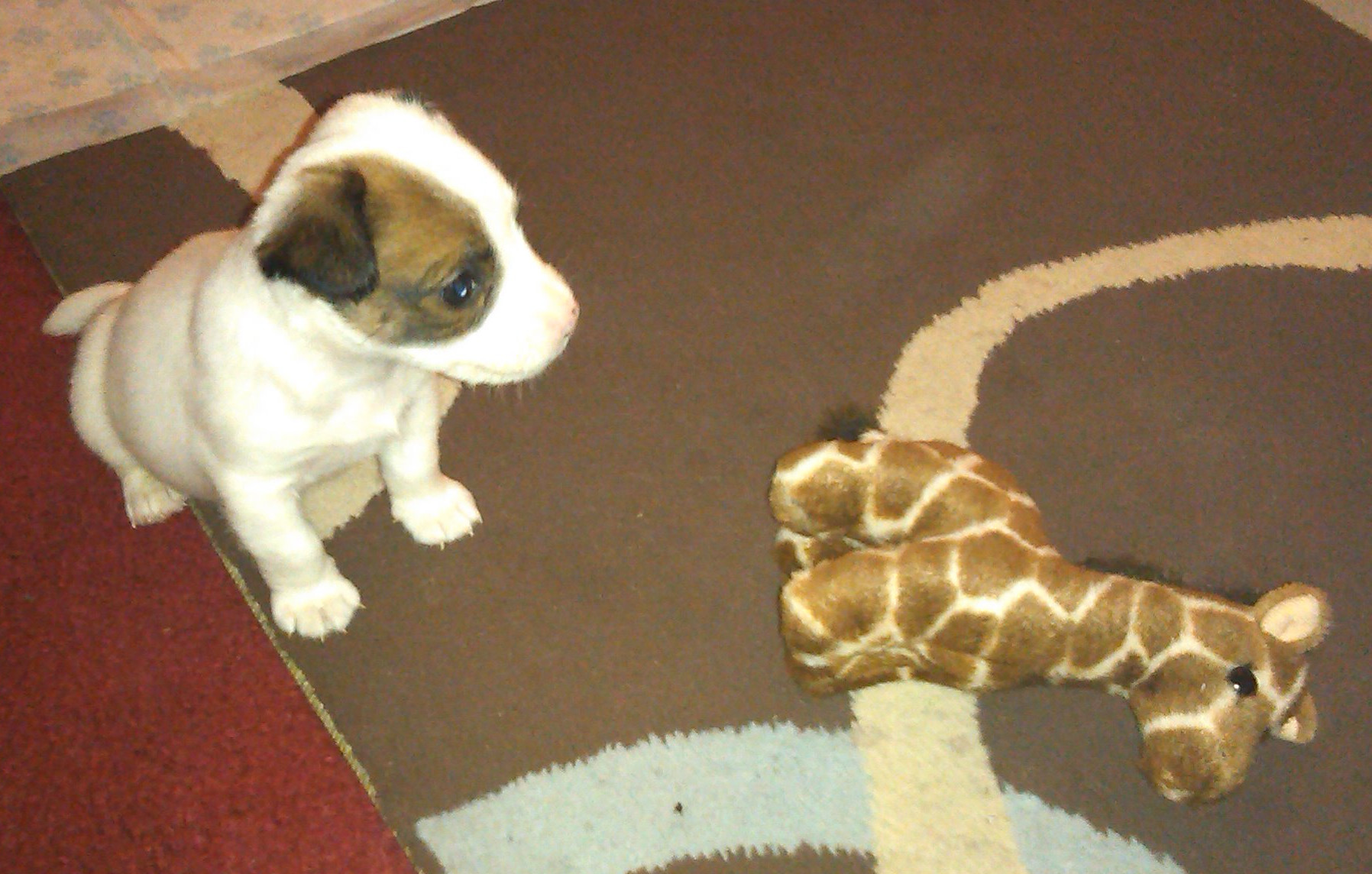