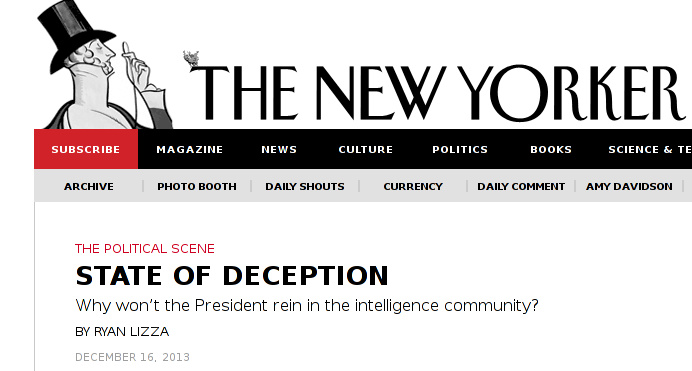 A fascinating article from The New Yorker. Much, much more at the link.

State of Deception
Why won’t the President rein in the intelligence community?

In practice, Obama has not wavered from the position taken by the N.S.A.’s lawyers and embraced by Feinstein and the majority of the Intelligence Committee. “The system generally has worked,” Matthew Olsen told me. “One way to think about the current debate is the degree to which, as a lawyer or as a citizen, you have confidence in our government institutions to operate effectively and trust our system of court oversight, congressional oversight, and executive-branch responsibilities.”

The history of the intelligence community, though, reveals a willingness to violate the spirit and the letter of the law, even with oversight. What’s more, the benefits of the domestic-surveillance programs remain unclear. Wyden contends that the N.S.A. could find other ways to get the information it says it needs. Even Olsen, when pressed, suggested that the N.S.A. could make do without the bulk-collection program. “In some cases, it’s a bit of an insurance policy,” he told me. “It’s a way to do what we otherwise could do, but do it a little bit more quickly.”

Updated to add this leaked NSA slide from Der Spiegel 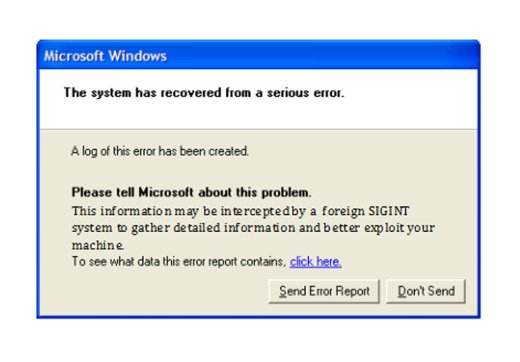 317 thoughts on “The New Yorker: State of Deception”